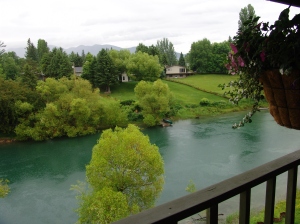 The View from my room in Montana this morning

I have left Montana and am now back in Canada. The drive through the Kootenai’s was gorgeous and the border crossing was a snap. I woke up this morning and actually had a decision to make. Head to Seattle and then up to Vancouver or head o the Okanagan Valley and make my way through BC. Both options would take approximately the same time however they would be wildly different experiences. I decided that going through the Okanagan Valley and wine country would be far more interesting and scenic. Also, it would be nice to avoid the traffic of Seattle and the long lines at the Wahington/ Canada border near Seattle.

One of the best shots in Montana

Once in Nelson I checked into a Best Western and have planned my last few days travelling through the nation. There is heavy rainfall, but the weather reports show that  the sun is on the way. I have never seen the wine region of BC so this should be special. I have noticed that hotel rates have fallen significantly. It appears that the natural disaster in Alberta has caused a great deal of cancelled hotel bookings.

Today was a decent driving day so not a great deal to share in terms of images.